Romero Polo has been present at the commemoration of the 20th anniversary of the Associació Empresa Familiar of Lleida, held at the Llotja de Lleida on Wednesday, March 9th, 2022. The organization, which brings together 73 members from all sectors of activity, represents a large sample of all types of companies that represent an economic pillar for the territory.

Romero Polo, who is part of the founding members of the Associació Empresa Familiar of Lleida, has received a tribute along with the other promoting companies that are still active. During the day there was also a round table discussion A century with a vocation for business and the mayors of the city of Lleida over the last 20 years were present.

It is worth remembering that Romero Polo was founded in 1984 by José Antonio Romero Polo, current president of the Group, thus starting out in the construction sector in Cataluña and Aragón. Now, after more than 35 years in business, the company is a clear reference in the territories where it operates. 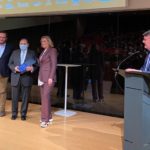 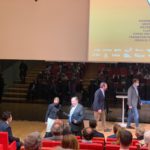 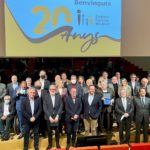