Romero Polo, in UTE with Rubau, has begun the first phase of the complete remodelling of La Rambla of Barcelona. Specifically, the company has begun work on the first of the five planned sections, between the Colón monument and Santa Madrona. The intervention, which is expected to last 18 months, will turn the area into a more comfortable promenade with more pedestrian space.

In this first section, the layout of the Avinguda de les Drassanes will be modified so that instead of ending at the Rambla it will connect directly with the Rotonda de Coló, improving the connection with the coast. In this way, a new urban space for pedestrians will be configured that will widen the Rambla itself in this final section. Among the different planned improvements, the pavement will be renewed, eliminating the asphalt, with different formats of natural stone (granite and porphyry). In addition, the lighting will be unified with a single model designed exclusively for the Rambla.

The works will be carried out in phases, so as not to occupy both sides of La Rambla at the same time. In fact, when work is carried out on the uphill and downhill roads, it will be done in halves, so that access and traffic flow will always be guaranteed, as well as pedestrian traffic. 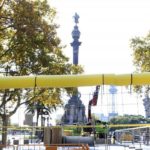 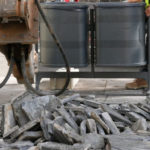 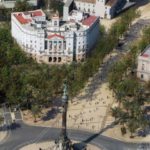 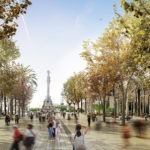