David Massot, President of the Segrià County Council, and Josep Maria Tost, Director of the Waste Agency of Catalonia (ARC), have visited the works of the Local Waste Treatment Center (CTRM) of Segrià (Lleida), in order to know their evolution. Massot and Tost were accompanied by representatives of the UTE Romero Polo and Valoriza.

The UTE Romero Polo y Valoriza began work on the local waste treatment plant of Segrià in February 2020, with a budget of 14.01 million euros plus VAT. The building of the plant, with the extension of the controlled waste depot, is the first phase of the action plan stipulated by the UTE.

The completion of the works first phase is scheduled for the end of this summer. As a result, the Segrià Local Waste Treatment Centre will be able to start operating in September.

The facilities will be equipped with the most advanced technology to be able to treat more than 60,000 tons of municipal solid waste and 15,000 tons of organic matter. Thanks to this activity, it is estimated that a total of 25,700 tons of CO2 could be stopped, which is equivalent to the total CO2 produced by 30,000 vehicles during a year traveling a distance of 10,000 kilometres. 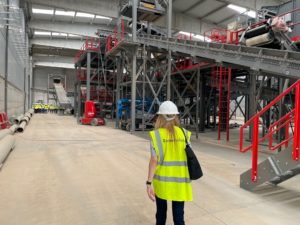 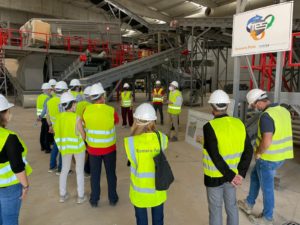