PAPSA STARTS UP THE REPAIR OF THE VIADUCT IN QUINTO

Papsa Infraestructuras and José Antonio Romero Polo S.A. will carry out the repair works of the viaduct over the railway line between Zaragoza-Caspe, at the kilometre point of the A-221 road from Quinto to Gandesa.

The Department of Territorial Development, Mobility and Housing of the Government of Aragon has awarded the emergency works and the construction of the repair project for 1.8 million euros and a maximum execution period of five months. During the works, the road will be closed to traffic.

The work will be carried out in four phases: the first, to reinforce the piles by means of metal props; the second, to repair the capital; the third, to replace the support elements of the platform on which the traffic circulates; and the fourth, to finish the platform, that is, to replace the barriers, joints and paving of the entire surface. This is a complete renovation of this 300-metre-long structure.

It should be recalled that at the end of July cracks appeared which, after the conclusions of the study commissioned, led to the closure of the road to traffic since 11 August, as the infrastructure was at risk of collapse and crumbling. Work began last November and is progressing at a good pace; if everything goes according to plan, it is expected to be completed in the first quarter of 2022. 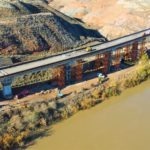 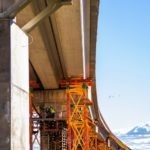 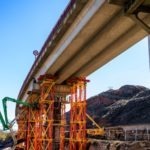 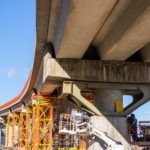 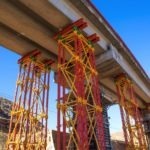